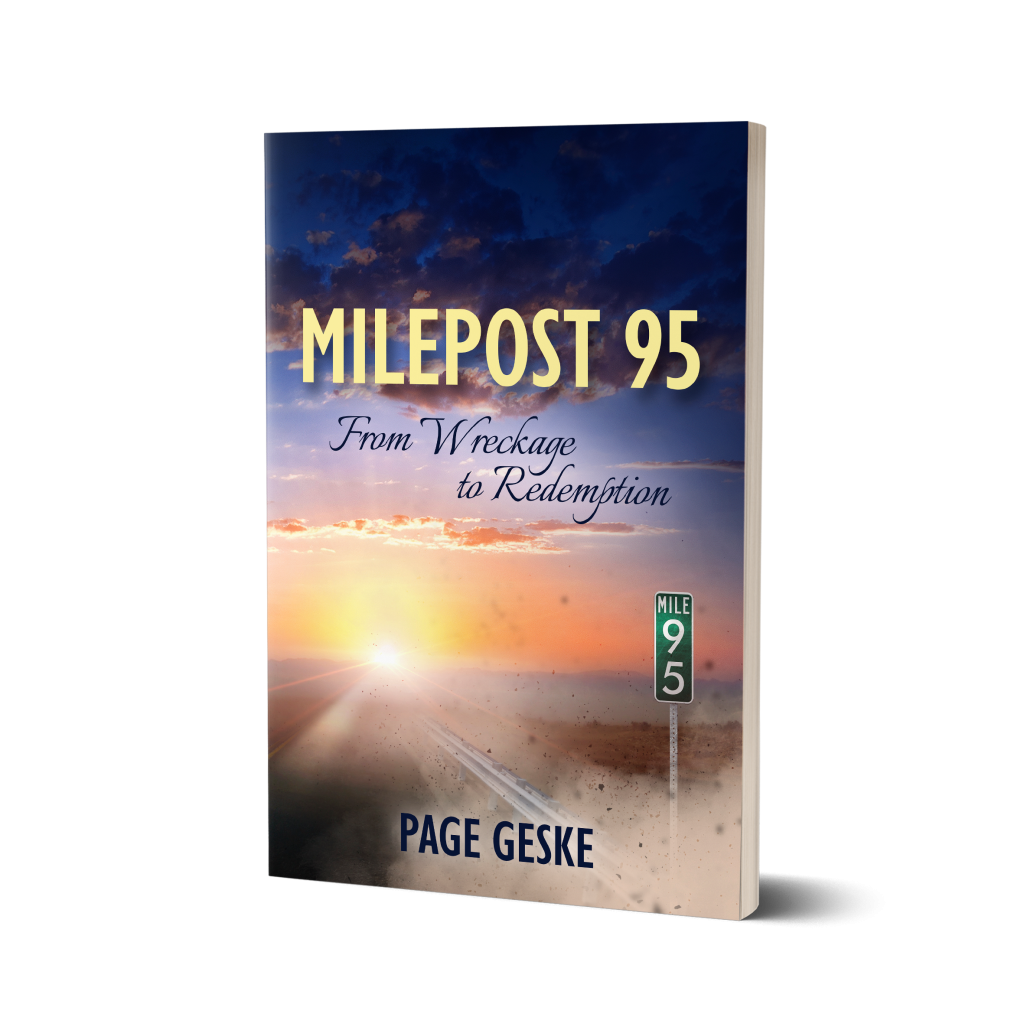 With unabashed transparency and unquenchable hope, Page Geske reveals how Christ redeemed the wreckage of her life while encouraging readers to lean into God, choose joy in adversity, remain positive, and allow God to refine their misery into beauty.

Tenderly outlining the blessings gained by trusting God through life’s most difficult seasons. Geske explores how brokenness can lead to spiritual and emotional breakthrough, gently guiding readers toward a greater understanding of the power of perseverance.

She opened her eyes and she wasn’t dead.  At 65 mph, Page and her daughter Andrea ferociously crashed sideways into a freeway guardrail.  Miraculously, among life-threatening injuries, she was still alive. And so was her daughter. Although she didn’t know she lost three-fourths of her blood at the accident site, she realized in gratitude, “I’m still alive.”  And in that instant, God intervened with a prayer to direct medical attention to the site.

Page thought the miracle of her life would be just surviving eight surgeries, to spend 25 days in two trauma centers and three months in a hospital bed.  But this tragedy was just the beginning:  Her husband abandoned their 13-year marriage during her greatest need.

The faith to face two unexpected transitions gave 42-year-old Page, a Christian for 24 years, a deeper meaning of the power of prayer, friendship and determination.  At a point where getting out of bed was not an option, Page turned her story of abandonment, tragedy, and pain into a new direction a God paved-one that included a marathon less than four years later.

Learning to trust, finding the motivation to thrive, and staying positive are just a few of the lessons God taught her during her recovery.  Her story reveals how Jesus called her to be a light during a time of darkness and encouraging during a time of despair. Geske reveals the power of the ultimate healer-Jesus Christ- and how he can use a time of physical/spiritual rehabilitation to bring people closer to him, while fulfilling their own destiny. 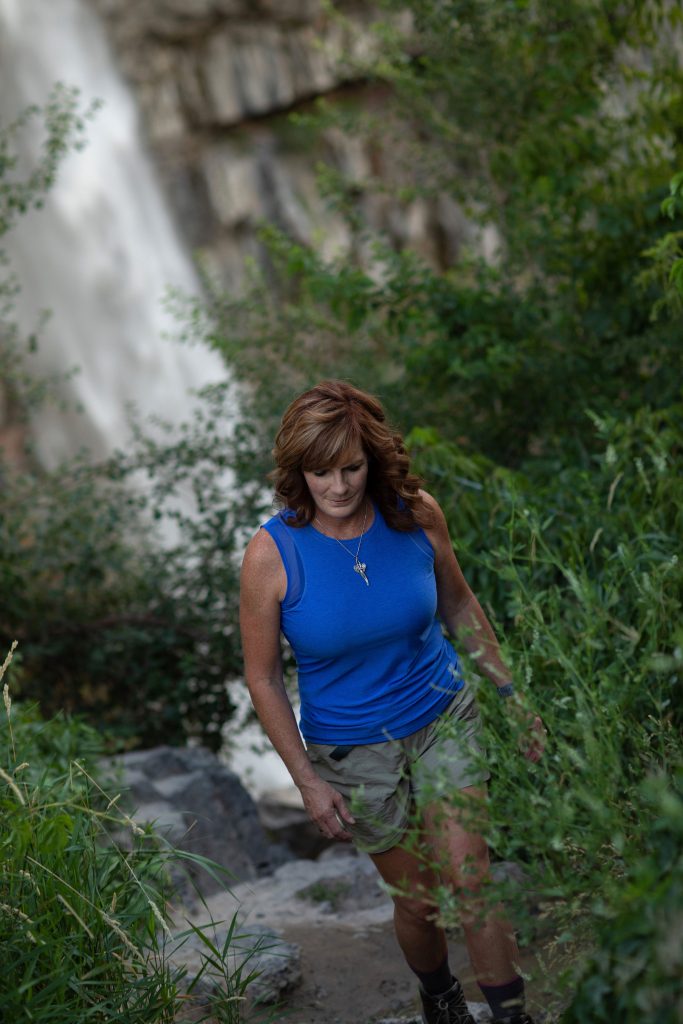 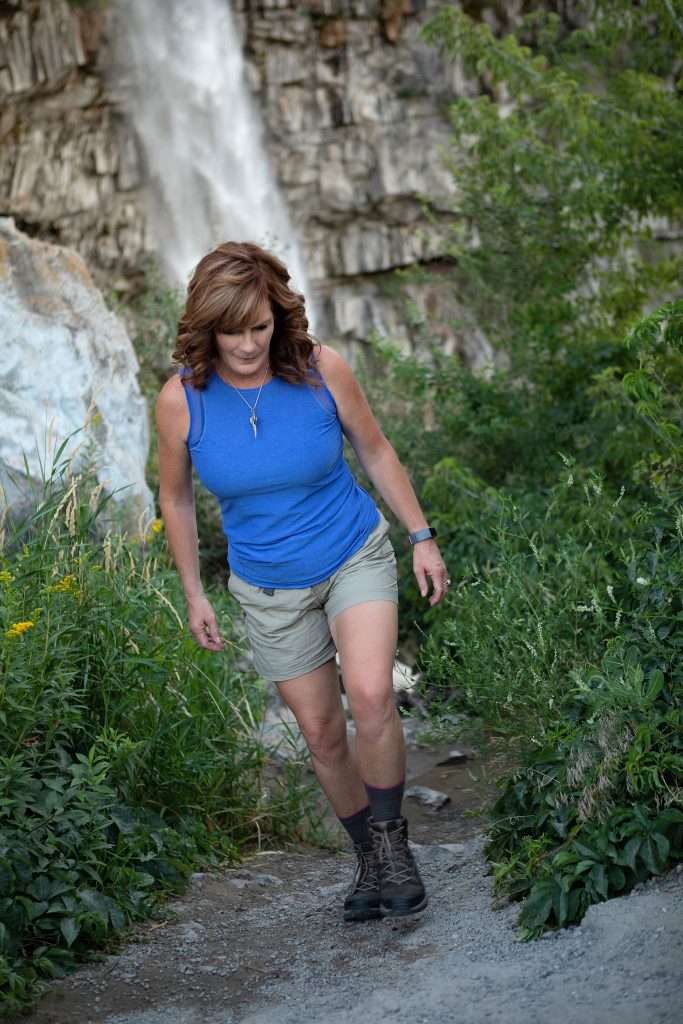 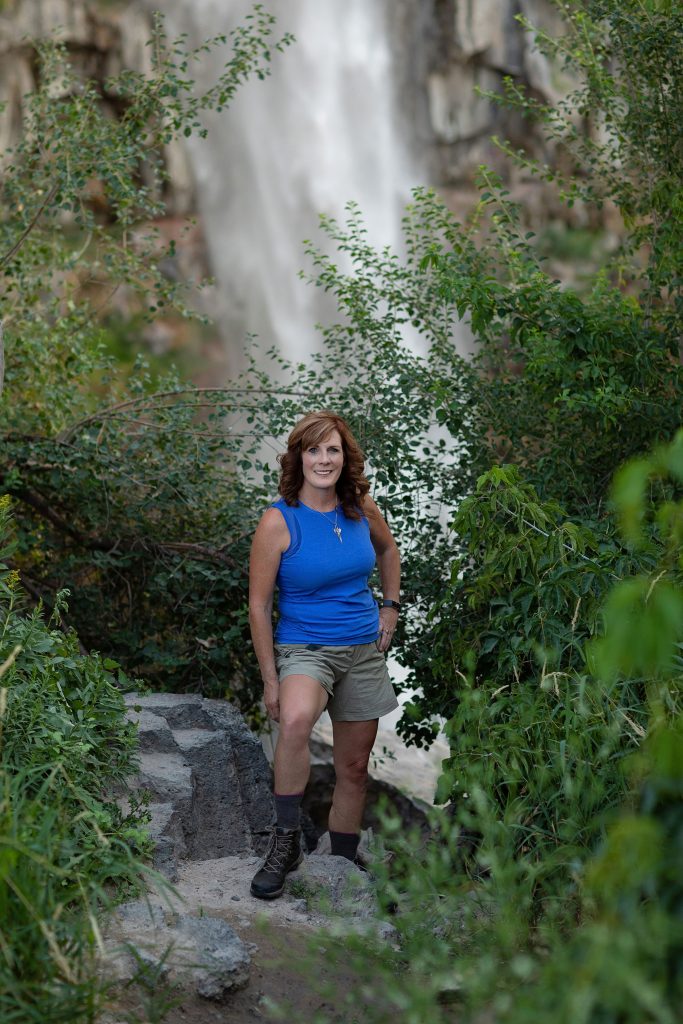 “A compelling page-turner! A pathway to victory! Wow! A page turner! Brilliant writing, a true real life compelling story of overcoming! A must read for anyone IN a storm, recovering from a storm or anyone wanting to be well prepared to not just survive, but thrive a life storm! A must read. Seriously. Buy it. Learn it. Live it.”

Pam Farrell, International Speaker and Author of 48 books, bestselling author of Men are Like Waffles- Women are Like Spaghetti

“ I read this book on a flight and couldn’t put it down. It is an amazing story of redemption and putting life back in order. It blessed my heart to know that no life is beyond help and healing.”

“This book was a page-turner. I was on the edge of my seat waiting to see the results from the accident. This book deals with trauma, anorexia, divorce, transgender, and how God can give you peace during the storms of life. Excellent book.”

Susan Neal, Author, Christian Study Guide for 7 Steps to Get off Sugar and Carbohydrates: Healthy Eating for Healthy Living with God’s Food

“The best inspirational stories are the ones that are true. Here you have a life (just like ours) hit by repeated, life changing adversity. Through a combination of faith, family, and friends it is not the adversity that has the last word , but the perseverance to overcome. We should never tire of examples like this.”

“Life’s challenges can be confusing, expensive and might even lead to a dead end. Even thru a horrific car accident and cancer, Page Geske’s faith kept her looking for answers from God. Instead of trusting her own emotions or depending on people who weren’t present for her in her deepest time of need, the author turned to her Great Physician to meet all of her needs.  She says, “Fear would sometimes try to creep into my day-to-day routine of trying to heal and follow doctors’ orders and taking appropriate medications at the right times. I had to come against fear with the word of the Lord: “So do not fear, for I am with you: I will uphold you with my righteous hand.”  (Isaiah 41:10) If you are in any type of trial, test, or temptation, whether it be medical, physical, or spiritual, Milepost 95 is a must-read. You might want to buy two, one to share with someone struggling in their faith or anyone you might know going through a trial.”